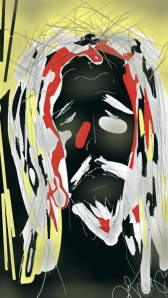 Several years ago, the Lord drew me to the book of First Samuel.  Through the stories in First Samuel, God began to show me pictures of Christ being despised by His own people.  The pictures gave me a small glimpse of the grief the Lord has suffered–and still suffers–for our sakes.  Merely glimpsing the Lord’s heartache was so heavy that at times I put First Samuel aside for months.  Once, I put it aside for a year-long study of Christ in the feasts.  Those breaks were the Lord’s grace to me.  But He was also calling me to know Him as He was revealing Himself in First Samuel.  By the Spirit, I was drawn back to meditate on the rejection Christ suffered.

By and by, I decided to write the things God was impressing on my spirit.  This resulted in my newest booklet, Despising the Lamb: Contempt for Christ in First Samuel.  I’m happy to say this booklet is now available on the “Booklets: Old Testament” page of The Voice of One.  Below is the introduction.  If the Lord draws you to read more, I encourage you to do so.  Despising the Lamb can be read online as a pdf or downloaded for Kindle/e-reader.

Historically speaking, 1 Samuel is the dark before the dawn of David’s reign. God’s people were fumbling around without His word to light their path (Psalm 119:105). Their indifference towards the tabernacle, worship of other gods, and infighting was bad enough. But there was something blacker still. First Samuel presents instance after instance of the Lord’s people treating Him with contempt. He was repeatedly despised and rejected—not by godless pagans but by His own (Isaiah 53:3; John 1:11).

Spiritually, the pictures of contempt in 1 Samuel are all too relevant. They show that when Jesus comes self-effacing and humble, He is taunted, scorned, overlooked, rejected, attacked, and driven away. This was true when He was crucified, and it is true as He indwells us today. Jesus said, “If they persecuted Me, they will also persecute you” (John 14:20).   These pictures are recorded in 1 Samuel to break our hearts and to show the sobering cost of following the Lamb wherever He goes.