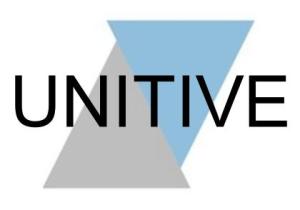 Bryan Halferty is a guy I’ve known for…about 13 years.  During that time I’ve watched him evolve from a wet-behind-the-ears college kid to a family-man.  He’s also a minister with a deep desire to see the church and the world experience Jesus as fully as possible.  One avenue through which Bryan connects with people is The Unitive, a website/blog he started.  What follows is an interview that I conducted with Bryan via email, phone, and text.  Totally 21st century, right?  But I’ll pipe down now and let Bryan speak for himself  🙂

1) Tell us a little about yourself

I’m a husband and father living in the midst of God’s grace. There’s a bunch I could add but I don’t want to risk boring you. If you want to know more about me go ahead and email me at Bryan.Halferty@mercercreek.org.

2) Talk about The Unitive and the purpose of it.

When I became a College Pastor (2009) many of the young adults I was connecting with were heavily influenced by partisan voices. You know, pastors and authors that give the “he’s in and she’s out” type of vibe.

As a college student I remember reading people like Eugene Peterson, John Stott, N.T. Wright, and Fredrick Buechner. They were all grounded in an orthodox Christianity, which for me—as a young evangelical—was important. But they were also nuanced and kind. They never flattened life’s mysteries into pat-answers.

As a college student (relatively new to my faith and with my share of doubts), I found their nuanced and grounded faith refreshing. They helped me learn that there was space to wonder and struggle in the life of following Jesus.

I wanted to provide something like that for the students.

We at The Unitive have no delusions of grandeur. Are we as wise as Peterson or as smart as Wright?  Can we write as delicately as Buechner?  Maybe not.  But we have the same heart: Nuanced. Grounded. Theological charity. That kind of thing.

On the site you’ll find folks from a wide range of traditions and theologies: Reformed, Anglican, people with Charismatic leanings, Baptists, Christian & Missionary Alliance and more. We are trying to embody theological charity. We’re trying to be unitive.

As a group we’re hoping to communicate this nuanced, thoughtful, grounded evangelicalism into language that is helpful and relevant for young Christians. What we often say is: We want to help young adults learn the art of following Jesus.

3) What is an important focus you would like to see the church grow in?

I don’t claim to have “the” word for the church today but I do try to closely observe the intersection of church and culture. It’s not necessarily new, but here’s what I’m noticing.

1. The larger culture is shifting quickly. We’re no longer a “Christian nation” whatever that meant. The recent Pew Report on religion has documented the rise of the “nones,” meaning the rise of those who are not religiously affiliated.

2. Consequently, the church is shrinking. This is hard for many of us to imagine.

The recent Passion conference had around 60,000 young adults. With all those numbers how could the church be shrinking? It seems that despite the growth of some mega-churches and the size of some conferences the church’s size and influence is shrinking. I could spend more time talking about this but I’ll just refer you to my friend John S. Dickerson’s book The Great Evangelical Recession. He articulates it much better than I can here.

3. The shrinking church and changing culture presents an opportunity.

When a flood threatens a home there are two options. The family can forget any existing tension and grab some buckets or they can blame each other for being the reason the waters are rising.

The American church will, in the next thirty years, undergo a lot of challenges. I hope we don’t spend our resources and energy dividing and debating about what translation of the Bible is “correct” and whether or not women can preach or be ordained. If that’s what we’re dividing on it’ll be equivalent to a family fighting as the flood-waters rise.

There are more important things to focus on like how we (as a church) might become truly missional. We can’t expect people to just come to church anymore. This isn’t necessarily bad but it should provoke us to rethink how we do church and how we use our resources.

We also need to be more God-dependent. If Jesus was right when he said, “apart from me you can do nothing” then this loss of influence should give us pause. Are we daily living dependent on the Spirit? Am I open to the Spirit’s in-breaking or am I stifling it? I saw one of those quote graphic things recently that said, “Have you prayed about it as much as you talked about it.” Pithy? Sure, but it got at the heart of something important.

4. Lastly, I think we, as the American church, need to be reminded that we’re not alone.

This past week I spent some time telling our interns stories of Ignatius of Antioch, Polycarp, Irenaeus, Bernard of Clairvaux, John Wesley and Desmond Tutu (among others). I was in tears after talking about Polycarp’s martyrdom, Bernard’s prayer life and Tutu’s courage in the face of the evil tyranny of apartheid.

We’re not alone.  We’re not individuals doing our Jesus-thing in isolation. As we face challenges individually and corporately (as a church), I believe this word will become increasingly important. We are surrounded by a great cloud of witnesses who have risen early for the love of God and who have died for the love of God. I pray we remember our family—this family that stretches back to the person of Christ, who first died for us.