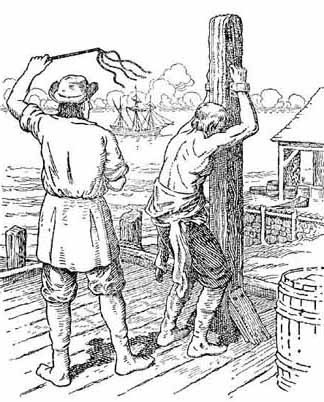 But when I saw that they were deviating from the truth of the gospel, I told Cephas in front of everyone, “If you, who are a Jew, live like a Gentile and not like a Jew, how can you compel Gentiles to live like Jews?” (Gal. 2:14).

Peter (AKA Cephas)….  It’s always Peter, right?  All through the gospels Jesus verbally smacked him upside the head.  You’d think the tongue-lashing would’ve ended at the cross.  But you’d be wrong.  Paul picked up the whip and went Indie Jones on Peter.  Why?

Peter was eating with Gentiles and not observing Jewish dietary laws because the gospel had freed him from such requirements.  But when some Jewish believers came around, Peter abandoned his freedom to meet their religious expectations.  He also abandoned his Gentile friends.  After preaching a gospel of freedom and forgiveness, Peter’s actions said, “Actually, you need to do all this religious stuff to be accepted by God and me.”

Peter is a great whipping boy, no doubt.  The trouble is, we’re too much like him.  This is hard to admit.  It’s easier to let him take the beating while we back away saying, “Don’t be that guy.”

But we are that guy, and we need Paul’s rebuke.  Peter expected Gentiles to live like Jews, and we expect non-Christians to live like Christians.  We expect them to share our spiritual beliefs–beliefs that came by revelation, prayer, and struggle they haven’t experienced.  We hold them to our moral standards.  Shock and offense are common when non-Christians act like, well, non-Christians.  Socially, we draw battle-lines over all kinds of issues.  Some of these (like abortion) are important, and the church is called to take a prophetic stance.  Others (like protesting certain movies) might be more meaningfully left alone.  Like Peter, our actions express expectations that contradict the message of freedom and grace we hope unbelievers will accept.

Should we not expect people to be disciples?  Should we abandon our morals?  No.  That said, the Bible has a lot more to say to believers about these things than unbelievers.  For example, Paul tells the Corinthians not to associate with sexually immoral people who identify as Christians.  He does not say the same about sexually immoral non-Christians.  He concludes by saying, “For what business is it of mine to judge outsiders?  Don’t you judge those who are inside?  But God judges outsiders.  ‘Put away the evil person from among yourselves'” (1 Cor. 5:9-13).

So church, maybe we should be more concerned about our own issues than those of unbelievers.  It seems like Jesus touched on this…something about a log in our eye? 😉 (Matt. 7:3-5).

Imagine how this would’ve played if Peter had continued eating with Gentiles when the Jewish believers came.  He would’ve had religious critics, no doubt.  But what if Peter defended his actions based on the gospel of Christ?  What if he used the gospel to shield his Gentile friends from the misplaced religious expectations of his peers?  Instead of a hypocrite, the Gentiles would’ve seen an advocate, someone putting it on the line for them.  Someone like Jesus.  And isn’t that who we want seen?

| Our Purpose Is Christ